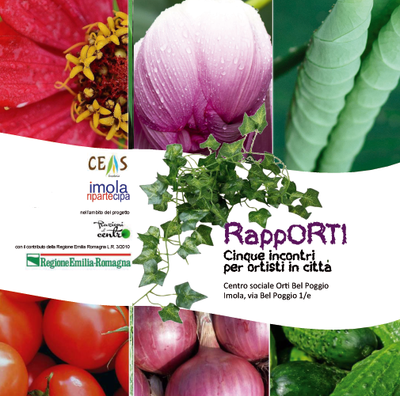 In the city of Imola, a series of encounters to learn about urban farming

It will start on March the 23rd and it will go on for 5 weeks: it's RappOrti, the series of 5 encounters promoted by the Municipality of Imola, in the Metropolitan area of Bologna, to talk about urban farming and its many forms.

The encounters are open to all those who wish to partecipate, with lessons taught by experts of the field.

For more information, check the websites of the Municipality of Imola and of the Metropolitan City of Bologna