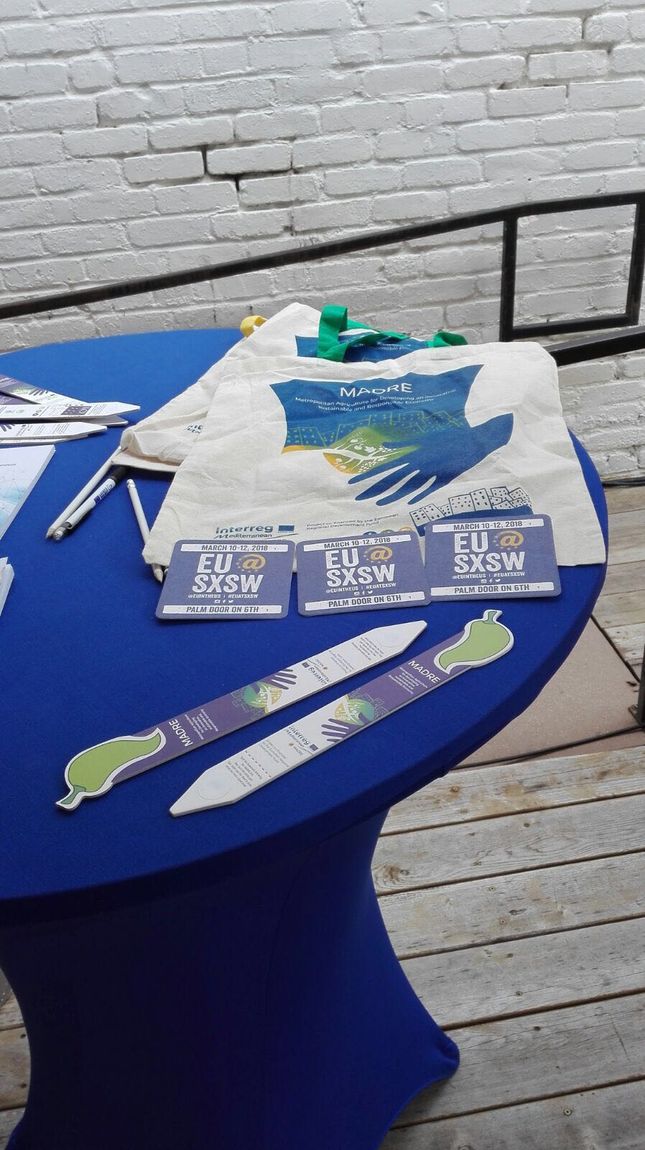 In the city of Austin (Texas), MADRE particpated in the leading conference and festival in the USA for transatlantic cooperation.

MADRE has been presented to several stakeholders at the EU@SXSW, thanks to a pairing activity with the city of Austin (Texas, USA). Stakeholders were entrepreneurs, policy makers and cities’ representatives from EU Member States and USA.

A desk has been dedicated to showcase good solutions on food systems and sustainable urban initiatives developed by cities, in the food pavilion of the festival.

Representatives of the Metropolitan City of Bologna introduced the project video, shown the MADRE MPA Best Practices Catalogue and answered to questions of visitors interested in the project. The Metropolitan City of Bologna has been hosted by the city of Austin to face challenges on food policy. During the pairing activity, exchanges will be implemented to foster the transfer of knowledges among the two cities about food systems and quality.

EU@SXSW has been organized by the Delegation of the European Union to the United States within the South by Southwest (SXSW), the leading conference and festival in the United States devoted to the convergence of the music, film, and digital industries.

The EU@SXSW is also an activity foreseen by the International Urban Cooperation (IUC) city-to-city cooperation programme on sustainable urban development, which funds EU cities who wish to exchange with a city facing similar challenges in another global region.