MADE IN MED: project MADRE in Rome 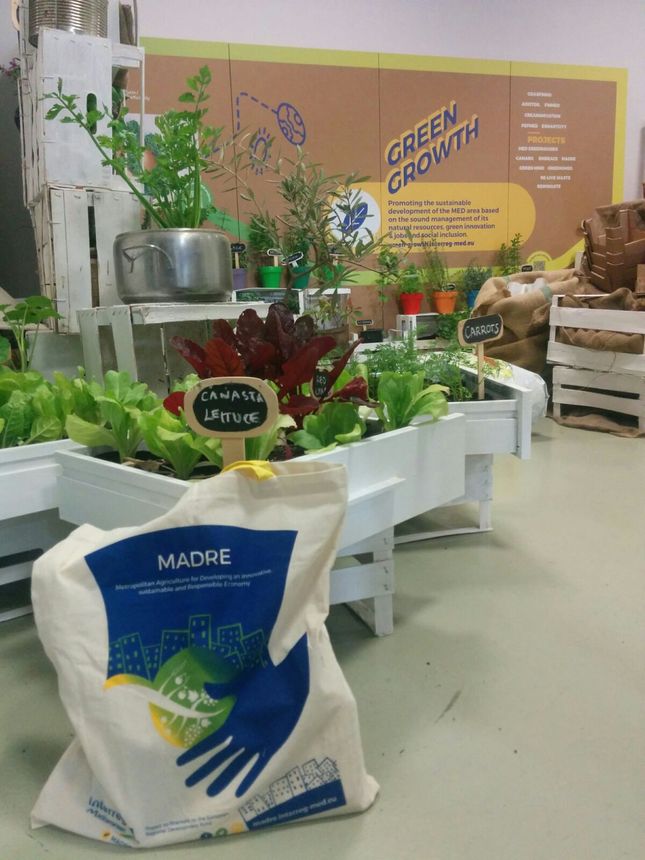 On April 18th and 19th the Italian Capital hosted the meeting of the representative of the 90 Interreg MED projects: two days to share ideas, experiences and values for the growth of the Mediterranean.

Rome – The two-days appointment with MADE IN MED ended in success, leaving its participants experiences and ideas on which to establish the actions to take for the growth and collaboration in the Mediterranean. Spokespeople of the 90 projects contributed in the animation of the debate and shared knowledge and achieved results in the various sectors of sustainable, social economic and political growth of the Mediterranean Countries hosting the Interreg initiatives.

Naturally present among the actors in Rome, was MADRE, the project devoted to the development of urban and per-urban agriculture in the Mediterranean. The project’s representatives, in the afternoon of April 17th, led a work table on Smart Cities, trying to facilitate the discussion about the policies to be promoted for urban development and to individuate communal tools and actions that both new and old partners can implement.

MADRE also participated with enthusiasm in the Green Growth Community’s tasting lab, an area rich in sensorial, hands-on experiences of the projects’ results: the representatives of the Countries of the Community, coming from all of the Mediterranean Europe, enriched the area with their local products, such as oil, olives and cheeses. The Metropolitan City of Bologna contributed involving Mercato Ritrovato – one of the farmers’ markets of the city which includes many local producers of the metropolitan area – with a show cooking on homemade pasta, made with organic and whole flour.

On April 17th, on the eve of the MADE in MED works, the representatives of MADRE were among the protagonists of a day of community building together with the other 13 projects of the Green Growth area.

In particular, MADRE presented its Best Practice Catalogue of urban and peri-urban agriculture, a digital platform promoting networking among stakeholders and a Policy Paper as a mean to rout sustainable urban policies who recognize in metropolitan agriculture a strategic asset for their development.

You can read and downlad the full press release from the link below.