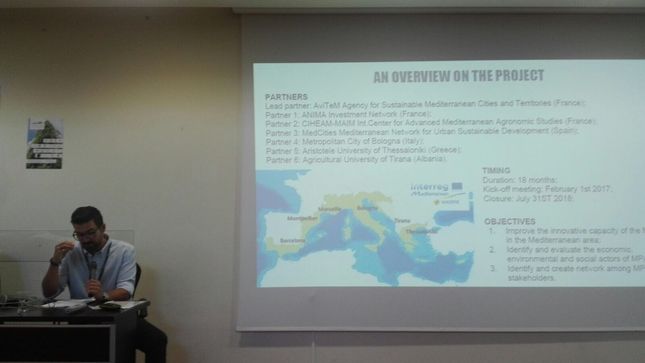 The International Symposium on Greener Cities for More Efficient Ecosystem Services in a Climate Changing World, held in Bologna on 12th – 15 September 2017 and hosted by the University of Bologna and the National Research Council, gathered together scientists, representatives of public authorities, no-profit organisations and private actors for sharing experiences and establishing a fruitful discussion among participants on green cities and growth issues. The Symposium focused on topics dealing with urban green infrastructures, climate change adaptation, resilient practices, horticulture and urban planning.

Within the Policy Action panel, an important contribution gave the reporting of preliminary results of the MADRE project, concerning the Metropolitan Working Group (MWG) activities on Metropolitan and peri-urban agriculture (MPA) innovation, which were held in Bologna in the past months.

In the Metropolitan area of Bologna, urban and peri-urban agriculture seems to be concentrated on environmental and economic issue at the expense of social issues as well as transnational networking and research. Despite this, local and regional policies and urban consumption trends seems to be adequate to exploit and improve MPA potentialities.

In the next months, MPA stakeholders will have the opportunity to exchange experiences within the Transnational Working Groups activities organized and hosted by project partners.

The MADRE contribution has been included in the Book of Abstracts of the International Symposium.