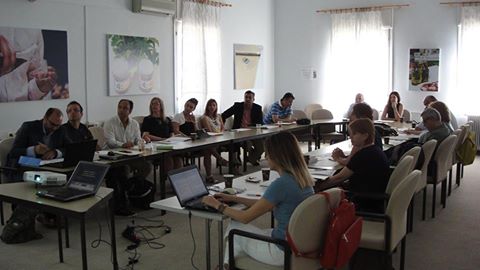 Two Metropolitan Working Groups (MWGs) on urban and peri-urban agriculture (MPA) were implemented with great success in Thessaloniki, on the 21st of June, in the framework of MADRE project. The MWGs were organized by the Laboratory of Heat Transfer and Environmental Engineering of the Aristotle University of Thessaloniki and hosted by the American Farm School. The invited stakeholders representing the academic sector, research institutions, local authorities and the society presented good practices, identified hot topics and discussed main debates and challenges on MPA in the territory. Synergies with the MED project ARISTOIL were also enhanced through the participation of the project’s Lead Partner in the MWGs.