In Bologna, the state of play of metropolitan Agriculture in the Mediterranean area 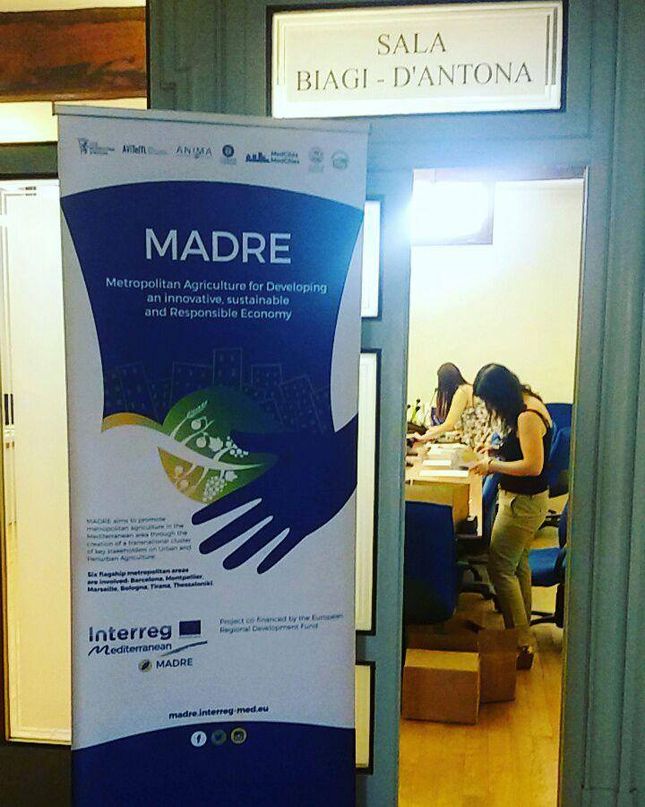 The partners of MADRE met in Bologna to urban and peri-urban agriculture, which is seen as a driving force for the development of a sustainable, innovative and responsible economy.

During the meeting of last 4th of July, the representatives for MADRE project, coming from the five concerned Countries, presented the results of their first researches and highlighted possible strong and weak points to the application of a concrete model of urban and peri-urban agriculture in each territory, so laying the foundation to identify best practices and shared work methodologies.

The Metropolitan City of Bologna also presented the graphic layout and the communication strategy that will be used to spread the information about MADRE project, both online and on the social media and via traditional ways.

At the end of the workshop, the visit to the Serre dei Giardini Margherita, to see a local best practice in action. In this space, situated inside the green lung of the city, the Kilowatt association brought to live, through the participation of many, a community garden, a hub of citizens united by the will to experiment an inclusive and sustainable model of urban agriculture and public green management, where the traditional competences integrate innovation, where ages and cultures contaminate each other to achieve a common project.

In the next months the partners are going to continue to work independently, waiting to meet again in autumn.